On June 7, 2018, the Chair for Management Science and Energy Economics organized an excursion to the Iffezheim run-of-river power plant (Rheinkraftwerk Iffezheim, RKI), which is located on the right side of the Rhine in the 30 km wide Upper Rhine Plain and operated and managed by EnBW Kraftwerke AG (EnBW Energie Baden-Württemberg AG).

Headquartered in Karlsruhe, the EnBW is one of the leading energy supply company in Germany and the RKI is owned equally by Electricité de France (EDF) and EnBW. After the fifth turbine started operation, the power plant, with a total capacity of 148 MW, is at present the largest run-of-river power plant in Germany. 1.5 million liters of water is converted into up to 148 megawatts of electricity per second, which supplies consequently around 250,000 households with CO₂-free energy.

In addition to electricity generation, the power plant also makes an active contribution to environmental protection. The fishway, operated since June 2000, conserves a stable natural habitat for large migratory fish such as salmon, sea trout, etc. and enables them to return to their original spawning grounds in the Rhine. Moreover, a sieve as well as a garbage collection system at the RKI help to collect the wastes in the river, so that the trashes, especially plastic bottles, do not end up in the sea. 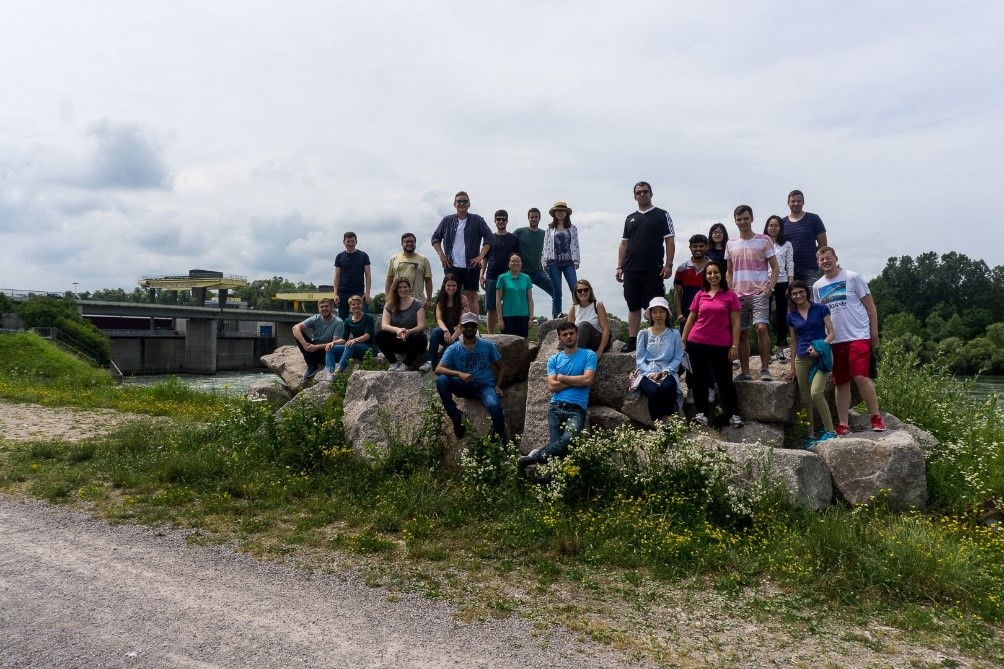 After an exciting speech to the energy economics and power plant techniques, the group obtained an insight into the enormous turbine houses and reservoirs, which provided the students a valuable idea of the plant in general.

From the outside, one could see the large gantry crane, under which the warehouse and the assembly room are located. Inside the plants, the participants visited the 3-phase synchronous generator and the tubular turbine in the wet basement under the river bed.

In a nutshell, it was a very informative and impressive day.